For you to download any of these games on your device, you’ll need to have the PPSSPP Gold app installed on your device and also have an extractor like Zarchiver or Winrar to extract these files on your device. You’ll also get the installation steps below the article. 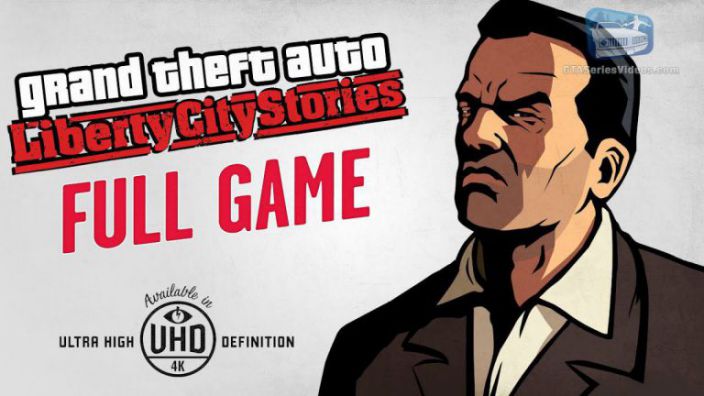 GTA Liberty City Stories is an open-world single-player game on PSP and it’s one of my favourite GTA games so far. it tells the story of a mobster called Toni Cipriani who embarks on a journey of a new life in the Portland City capital, he did a lot of dirty missions by killing people and also exterminating some mafia lords. You can drive cars and own a safe house in GTA Liberty City Stories, you’ll play endless missions and also earn quite a number of cash as well.

One of the cool facts about GTA Liberty City is that you can also use cheat codes when playing this game on PPPSSPP, it has been compressed and it’s one of the best PPSSPP Games Under 200MB. Use the link below to download it on your device.

2. God of War: Ghost of Sparta 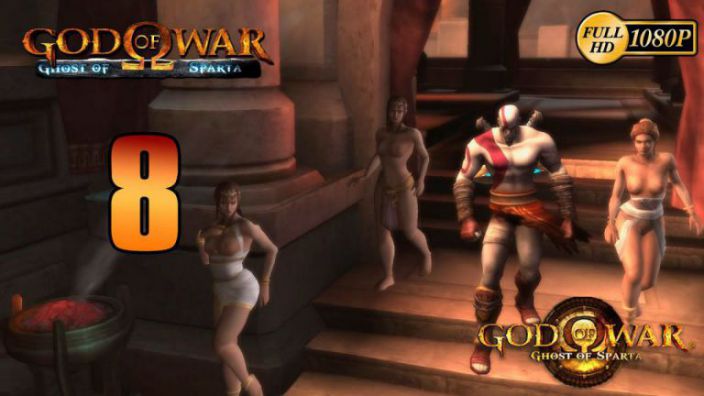 If you’ll consider playing war games on PSP, then you have to root for God of War: Ghost of Sparta because it’s arguably one of the finest war games to ever set foot on PSP. This game has a long story mode and it’s game that takes Kratos back on a journey to Atlantis in search of his mother and brother Deimos. The original file size of this game is huge but it has been highly compressed.

While going on this epic journey, there are lots of enemies along the way, so be prepared to fight till all enemies have been put down. God of War: Ghost of Sparta is a 1.2GB PSP Game but you can download this game for 200MB because it has been compressed to a smaller size. 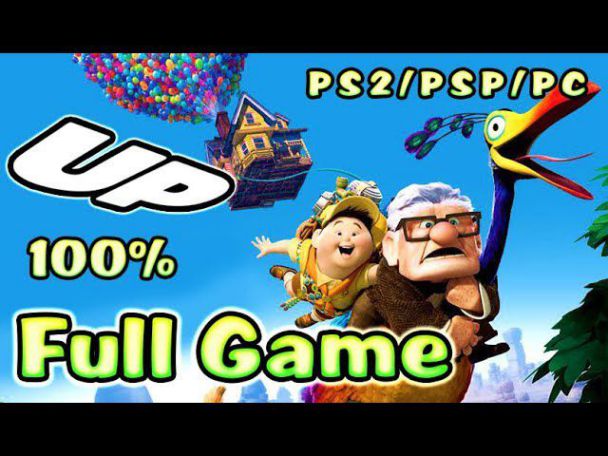 Officially released in 2009, UP is one of the finest games that was making the news on PSP back in those days. This game tells the story of a movie about an elderly widower named Carl Fredricksen and an earnest young Wilderness Explorer named Russell who fly to South America in a house suspended by helium balloons. There are a lot of missions to play in the game and it brings a lot of fun and excitement.

UP video game is an addictive arcade game that is worth playing, if you don’t want a game with too much graphical content, this game is the perfect game for you and it is just 200MB in size you can download it below. 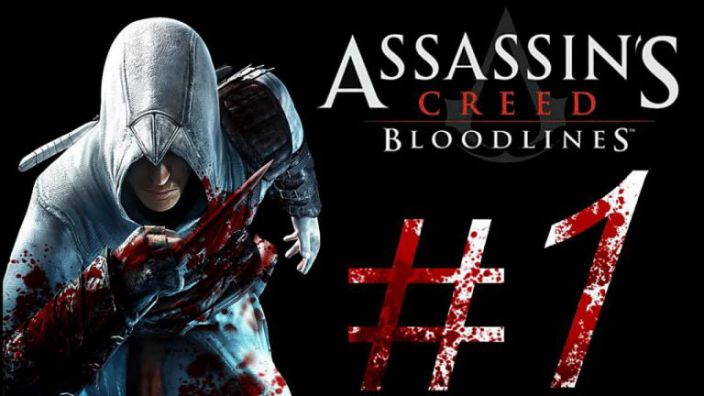 On Assassins Creed: Bloodlines, you’ll enjoy a game with a lot of missions and a good plot. in this game you’ll play as the Assassin Altaïr Ibn-La’Ahad as he embarks on a journey to the island of Cyprus in other to learn the intentions of a tyrant ruling the city. This game has a lot of epic scenes in it and there are many missions to play.

It has cool graphics and the game file size has been compressed from its original size to a lesser size, with just 200MB you can download this game on your Android device. It has different game modes and it’s one of the best PPSSPP Games Under 200MB to download on Android. 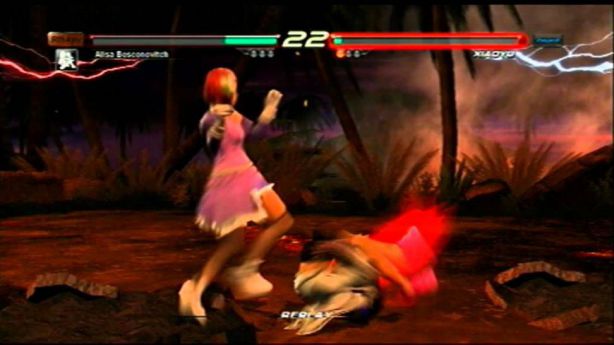 Tekken 6 is one of the few arcade fighting games you’ll love to play on PSP, this game has legendary fighters and it has some of the best game modes you’ll ever experience on a fighter game. You can enjoy different game modes like ghost battles, versus, time trials and a lot more. It is highly compressed under 200MB for easy download.

The game original size is 960Mb but it has been compressed to 230MB and it makes it much easier to download and play. You can download Tekken 6 ISO via the download button below. 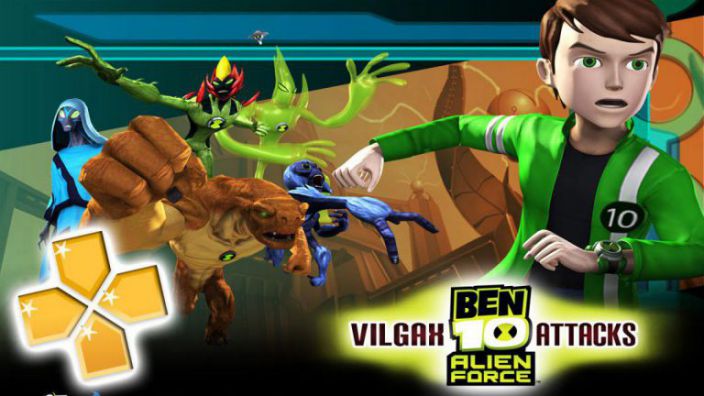 Ben, Gwen, Kelvin and Professor Paradox are preoccupied with a battle against the Vilgax and you have to render assistance by playing the Ben 10 character and stop the Vilgax from sending more troops from space to earth. With Ben 10 Omnitrix power you can stop any enemies. This game is very addictive and it’s one of the fines on PSP. 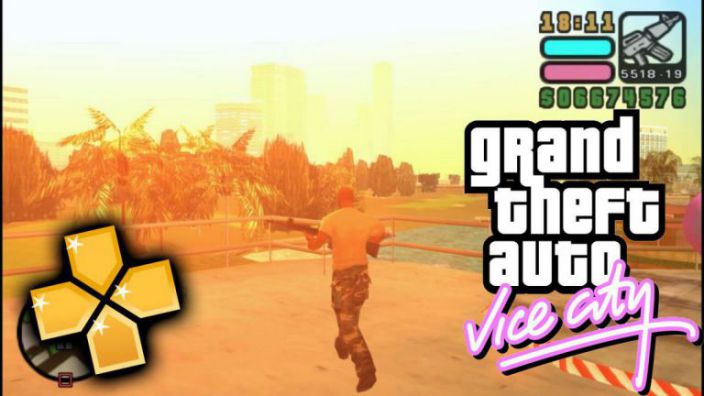 One thing about any GTA games from the GTA series is that they’re always worth playing. And GTA Vice City Stories is a perfect example of why you should play the game on your Android device. There are tons of missions in this game for you to play, you can drive cars, bikes, boats and even ships. You’ll never get tired of playing Vice City Stories.

If you’re looking for a perfect PSP game under 200MB, then you should consider downloading GTA Vice City Stories on your Android device. This has been compressed into a perfect shape and all you need to do is download and extract it on your device. 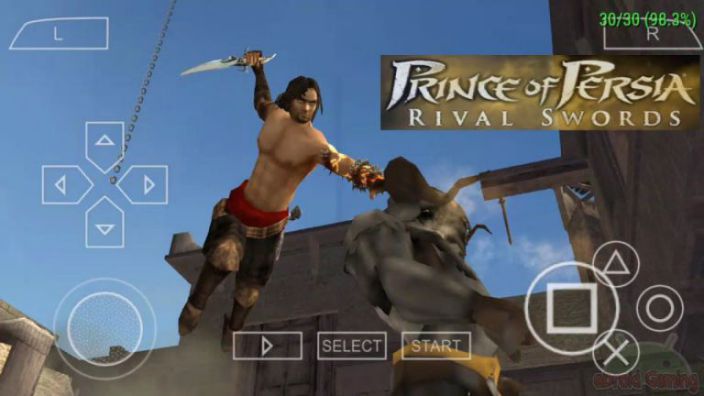 In Prince of Persia: Rival Sword, the Prince embarks on a journey back to Babylon and only for him to find out that the kingdom has been attacked and is being controlled by an enemy he doesn’t know. So in this game, you’ll have to play as the prince and help him restore balance to Babylon and destroy all enemies.

Prince of Persia: Rival Sword has a lot of features and the graphic is cool, the controls are easy and everything about the game is smooth. You can download it via the download button below. 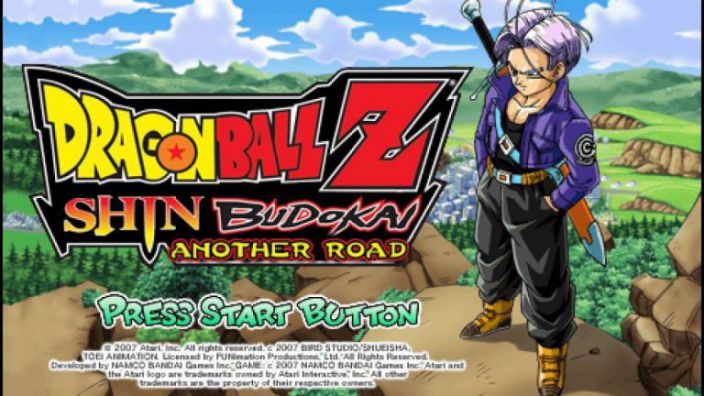 To be the boss in this game, you’ll have to win 3 fighting rounds against your opponents, you can unleash different fighting skills and destructive moves that’ll put your enemies down for real. This game has been compressed to 150MB and it’s one of the best PPSSPP games you’ll find under 200MB.

10. Need for Speed: Most Wanted 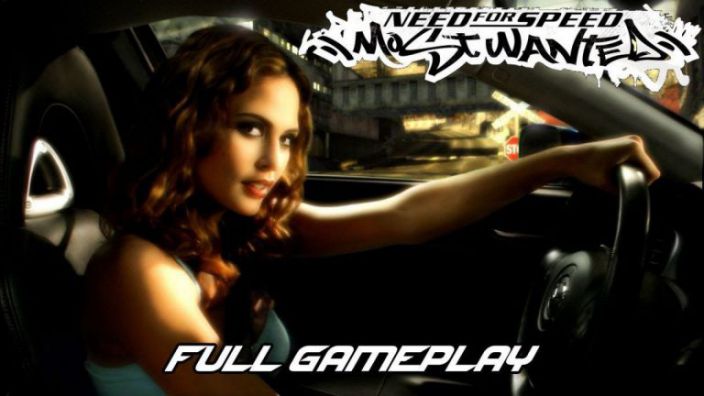 NFS Most Wanted also comes on the list and I can tell you there are no better PPSSPP Games Under 200MB you’ll want to play unless it’s Need for Speed: Most Wanted. This game is one of the finest racing games out there and it’s one of the best in the NFS series. It’s an open-world game where you can drive around and take on missions.

You can play different game modes on this game and you can also unlock super-fast cars, you can upgrade your cars and also exchange them for new ones. NFS Most Wanted has been super compressed, you can download it via the download button below.

Need For Speed: Most Wanted 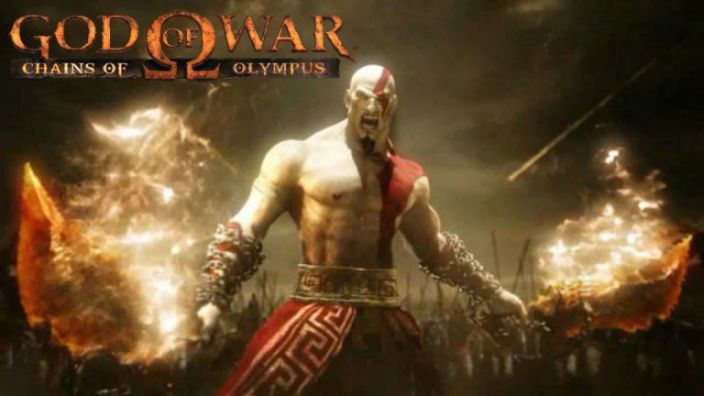 From 1GB+ original file size, God of War: Chains of Olympus has been compressed to be one of the best ppsspp games under 200MB. This is a game you’ll enjoy when you play it and it has a plot that is circled around Kratos revenge on the Gods of Olympus and his plans to destroy them all.

You can download this game on your Android device, it’s one of the best games on PSP, the download link is below and the game has been compressed with no password attached to the file when you want to extract the file.

God of War: Chains of Olympus

12. Call of Duty: Roads to Victory 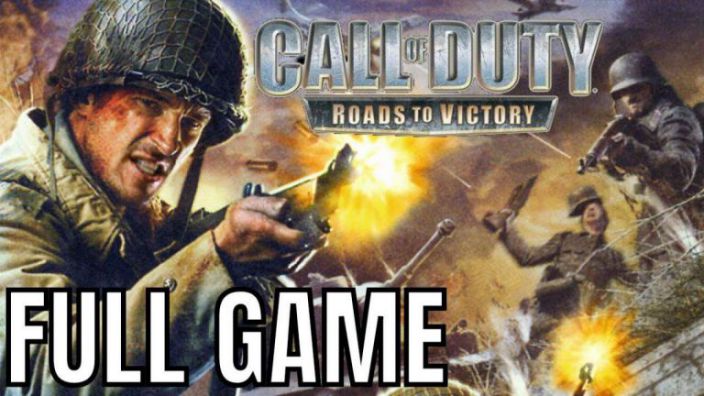 Call of Duty: Roads to Victory is one of the oldest war games on PSP and being old doesn’t count it out as one of the best ever. This game is pure war and its scenes are in a war-based area. It has different game modes, you can play as a single-player and also multiplayer. The game has cool graphics and it’s very addictive to play as well.

Call of Duty: Roads to Victory has been compressed but the file is protected with a password, so you’ll need to enter SANDYGAMER as the password if you want the file to be extracted. It’s a game you’ll enjoy playing on your Android device with the PPSSPP app.

Call of Duty: Roads to Victory 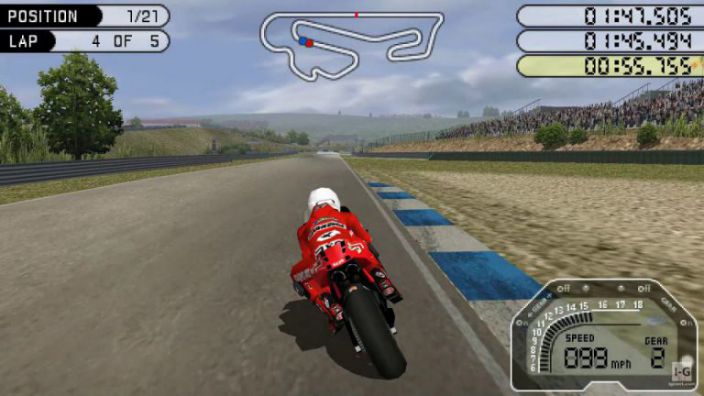 No bike racing game gives the joy of a really intense race against other players other than MOTO GP, on MOTO GP you’ll have the chance to race against 8 different players and also play different game modes you wish to play. This has some really cool fast bikes and they can be unlocked and customized. 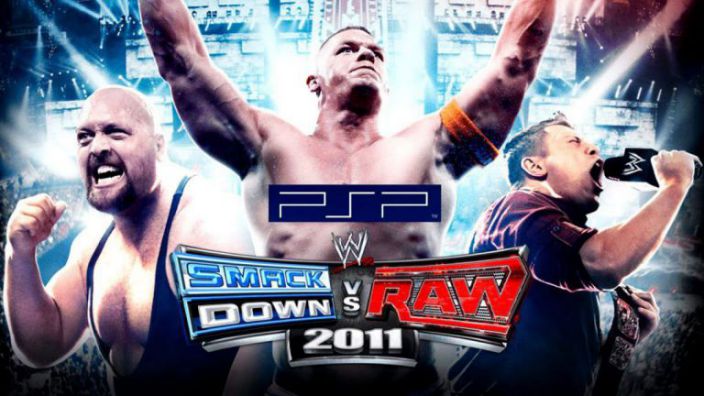 WWE SVR 2011 is very old but that doesn’t stop it from being one of the finest wrestling games you should play on PPSSPP, this game has different features and its graphics look even better for an old game. You can play different WWE modes and you can also unlock different characters, you can upgrade characters as well.

You can create your own character and upgrade its abilities as you like. There’s no limit to what you can do on WWE SVR 2011. SVR means Smackdown Vs Raw in case you’re wondering what the abbreviation means. 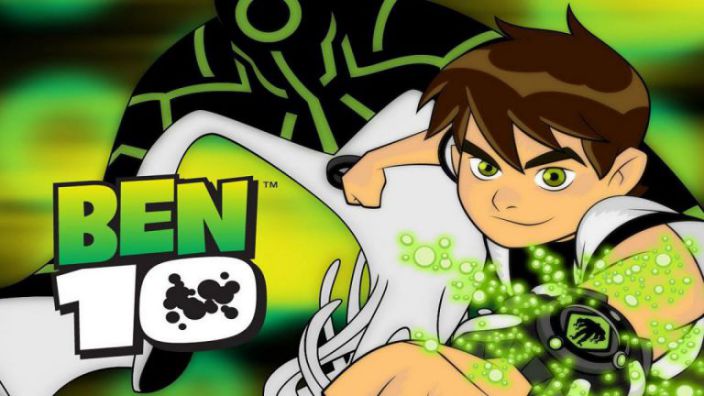 One of the games that won’t go unmentioned is Ben 10: Protector of Earth. This game is another addictive game on PSP, you can download this game on your Android device and play it on PPSSPP, it has cool game modes and it’s a game with a very nice plot.

You can download this game via the download link below. Just extract the file and open your PPSSPP app, locate the game and play it on your device. The graphics look cool and the controls are very easy to adapt to.

How to Install PPSSPP Games Under 200MB on Android Devices

The steps are very simple and straightforward, just make sure you follow the steps and also have the needed apps installed on your Android device already. If not you might have issues playing these games.

So these are the Best PPSSPP Games under 200MB, more games will be added soon but for now, these are the ones you can download and play. Don’t forget to leave a comment if you can’t install any of these games on your Android device.

About Oladimeji Shadrach 20 Articles
A Computer Software & Hardware Engineer | Content Writer | Blogger | Web Designer | Web Developer | A Liverpool FC Fan. I'm always in for business and you can reach me via my social media links.

Xenia Emulator is one of the few Xbox emulators that have been quite present online and thanks to the constant updates and features it receives, […]

UFC 4 PPSSPP is one of the finest kickboxing games on PSP, this game is quite addictive and it has plenty of cool and awesome […]

MP4 format is one of the most popular and most used video and audio formats in the world, and you’ll find most of the videos […]

Imagine being unable to send a video file to someone because the file size is bigger and it takes more internet data, or let’s say […]